I have a great friend who keeps taking (or trying to take) me out every once in a while. Trust me – it is one of the most difficult you can imagine. As an appreciation for her persistence, I decided to prepare a little Christmas gift for her. As she is very artistic and crafty herself, it was obvious for me she would appreciate a DIY present more than a store bought-one.

Instead of candles and gingerbreads, I opted for a homemade peeling and… marshmallow popcorn. Yes. I had literally no idea how it would turn out, but it turned out, that it turned out great.

Divide marshmallows into half and melt in two separate pans, adding 1 tbsp butter to each pan. Add raspberry syrup and red colouring to one pan, and mint drops with green colouring to the other. Mix to achieve even masses.

Divide popcorn into two parts. Slowly pour marshmallow sauce onto each part, then mix (you want to have two differently coloured popcorns). Then carefully mix both both popcorns together – try not to blend the colours too much.

(I know it looks somewhat gross as a close up, but it still had to post it.) 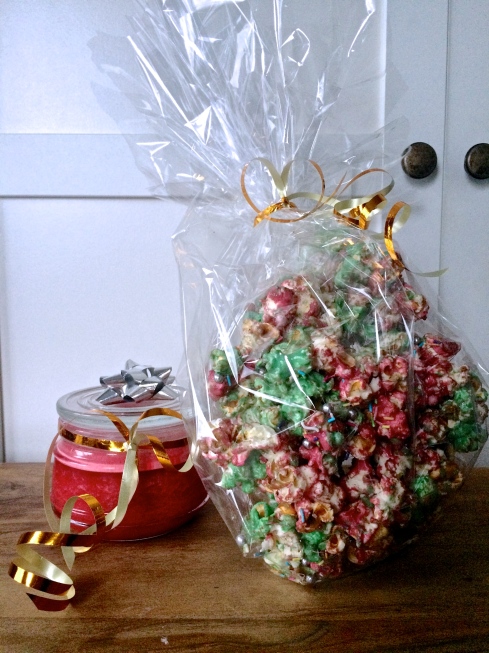 Our waitress, when she saw my friend unpacking the gift, immediately asked how I made the peeling. I wasn’t very eager to reveal details of the recipe, as I knew it would destroy the aura of mystery that I managed to create. However, the anticipation on waitress’s face won over my doubts, so I shared my secret formula.

Mix everything together until and even mass is reached. Use petals and some more cinnamon as a decoration.

The consistency should be thick and contain considerably more sugar than body wash.

The result? My friend and the waitress both loved the peeling. When it comes to popcorn, at first it was assumed to be a large egg (“Isn’t that an Easter gift?”), however, later on it turned out to be edible, which was most important. The kid was happy, and that was all that mattered for me. Merry Christmas! 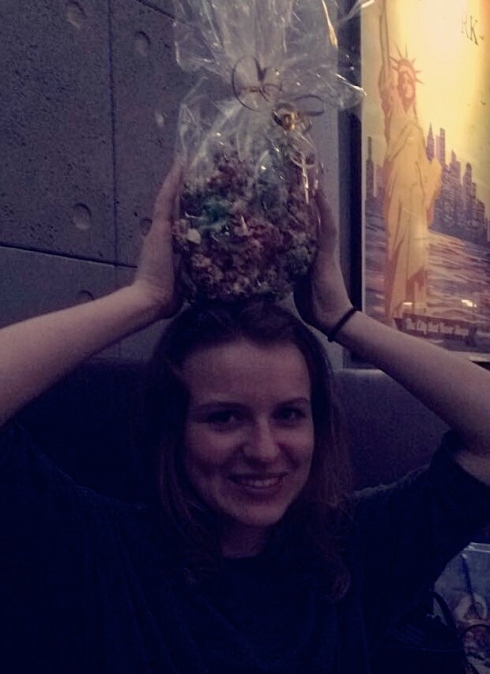